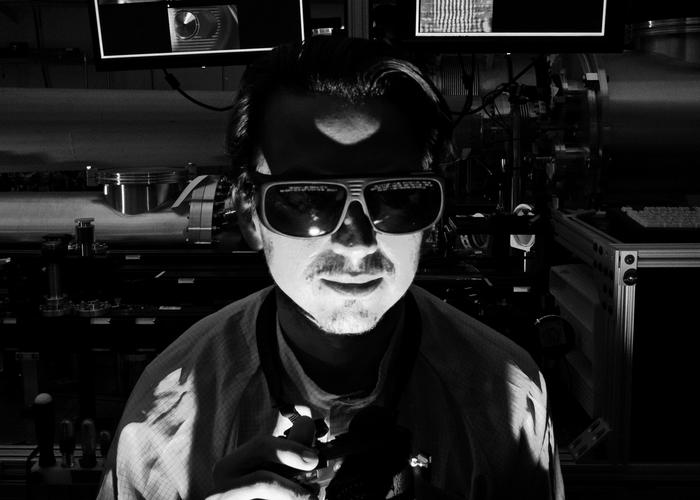 Folks, the future is now. During deadCenter 2016, I was given the opportunity to take cinema outside of the norm. The short documentary The Superlative Light had its world premiere at SXSWand headed northbound to have its Oklahoma premiere at deadCenter film festival.

What makes The Superlative Light unique is that it blends four different concepts to make one whole piece of artistic expression. First, the original twelve-minute short documentary aired during the Okie Shorts block during this year’s festival. Then, attendees experienced the rest of the documentary. And I do mean experience, as this documentary transcends the normal 2D cinematic definition of a documentary.

At IAO, a popular independent gallery space in Oklahoma City on historic Film Row,  there was an exhibit of the rest of the documentary’s content. First, there was a short “behind-the-scenes” meta documentary about the making of this documentary that people watched on iPads with headphones.

Then, wait for it, there was this:

The future truly is now.

I got to experience The Superlative Light in full virtual reality. It was entirely immersive experience. While I’ve played some VR games before, I’ve never watched a film in VR. This is an instance where the content being covered by a piece of cinema matches the method of it being shared. Why is the content so fitting for this medium? I think the synopsis articulates it quite well:

Documentary photographer, Robert Shults, went from being a homeless dreamer to a home-owning artist after taking photos of the bright light source in the known universe, a laser in the basement of the physics department at The University of Texas. The documentary will take the audience back to the spaces he inhabited while homeless, the odd jobs he worked (including a stint as a portrait photographer at Sears) and ultimately to the location that changed his life forever, The Texas Petawatt Laser. THE SUPERLATIVE LIGHT is an uplifting story of an artist’s journey from obscurity to prominence and the photographs he captured along the way. (Synopsis by SXSW)

Using virtual reality to step into the shoes of a homeless man, who then overcomes his circumstances, is an extremely powerful way to tell a story. The fourth part of the documentary was this photographer, the subject of the reinacted documentary, shooting still photos of his time on set during the filming of the documentary about his life. Meta-cinematic storytelling is the prime storytelling method by director Ben Steinbauer for this documentary short. Using virtual reality breaks the concept of the mise-en-scene of cinema. The film’s viewer has a whole world in which to explore, not just the one fulfilled vision of the director.

I was lucky enough to ask the director for an interview before I started the four-part documentary process and after I completed it. He graciously obliged, and we had a fruitful conversation about not just the language of film but the process of garnering empathy through an immersive experience like virtual reality

Director Ben Steinbauer in front of the fourth part of the gallery exhibition of Robert Shults.

Caleb Masters, also of GoodTrash Media, was able to watch the 2D version of the film where I only caught the other 3/4 of the experience. He adds his thoughts to the episode below. Check it out and let us know what you think!

Like what you hear? Help us produce even more bysupporting us on Patreon