2016 is off to a real start. We’ve already had smart mouthed superheroes, a witch, and an army of the undead overrunning England. Despite not even cracked having the giant superhero duel of the decade later this month, this has already been an incredibly genre heavy year. If you weren’t sure before, look no further than Gods of Egypt, a fantasy centered around the titular lore. If you’ve seen the promo material, you’re likely already aware of the vibrant art design and white washed casting controversy. It’s had its fair share of hoopla, but does the film even do enough to warrant your attention?

Gods of Egypt is set in a Egyptian fantasy in a moment when Osiris is about to pass the thriving kingdom to his son Horace (Nikolaj Coster-Waldau). Before the ceremony is complete,  Osiris’s brother Set (Gerard Butler) comes and usurps the throne which plunges the kingdom into disarray. Years pass by until a young believer named Zaya (Courtney Eaton) and her Aladdin street rat lookalike named Bek (Brenton Thwaites) decides to bring Horace back into the fold to restore order to the kingdom.

In terms of fantasy, this film is about as generic as they come in terms of plot. From the very opening moments of the prologue, you’ll know exactly where this film is heading beat by beat.  But luckily the story is secondary to the whimsey, Egyptian mythology, and spectacle that drives the movie.

The use of mythos is intriguing, especially as with the Egyptian pantheon being largely forgotten in Hollywood over the last 20 years. Who better to bring these Titans than the long forgotten Dark City director Alex Proyas? The man built a name for himself by bringing twists to genres audiences of the time had grown bored with. It’s almost a tragedy that given the director’s clear passion for world building, this film falls incredibly flat. This isn’t a story that spins a new yarn featuring ancient mythos, but rather the lost pilot for a Power Rangers spin-off that never quite hit that level of quality Saturday morning TV.

There’s some really interesting world building we get glimpses of throughout that film that clearly aspire to be something special. The Earth’s coin shaped geography, the underworld’s dreadful judgement process, and architecture design all hint at a world that’s infinitely more interesting than any of the people living in it.

Nikolaj plays a great anti-hero, but his presence as the god fated to redeem the planet never really lands. He’s introduced as a bit of a spoiled rich kid before he loses everything. Normally this would cue a redemptive arc for that character to become humbled while on his journey to restore order, but in Gods of Egypt, they decide to go with an even less even approach. He’s not really driven by love or altruism, but rather by vengeance for his missing eyes. Proyas is no stranger to great revenge stories, which makes it doubly surprising to see a film make his plot line so uninteresting.

What’s a hero without a great villain?  That’s the question I’m sure Gerard Butler asked himself every morning looking in the mirror before stepping on the set. His cartoonish and accent-changing tactics make him an absolutely delightful bad guy. Every moment he spends on screen is another opportunity for him to chew the scenery despite the fact that nobody else seems to get the joke.  Other performances such as Geoffrey Rush as Ra Elodie Yung as Hathor are pretty phoned in.

It was clear that this film had a direction issue when none of these actors were understanding that they were in the same movie. What really sets this movie back further is its poor use of CGI and an over-reliance on green screen. Nobody is upset that this is designed to be a piece of effects-driven beauty, but that doesn’t mean every moment of the movie needs to have a special effects shot. Its actually deflates what little connection you had the these characters.

There’s no way around the fact that this film is an ideological mess. It has the whimsical fairytale love story you’d expect, but also features a brutal revenge story that celebrates murder and mayhem to the highest degree. This film is the same confused effects driven blockbuster trash we used to expect in the late 90s.

This film isn’t good. It’s not bad good, and it’s not bad fun. It’s just a giant bit of forgettable action that’s so stuck on it’s morphin’ time animations that it forgets that there’s actually an interesting sandbox to be played in. I can’t in good conscience recommend this film, not even if it was free. Your best off saving your dollars for a better piece of mindless carnage later this year. 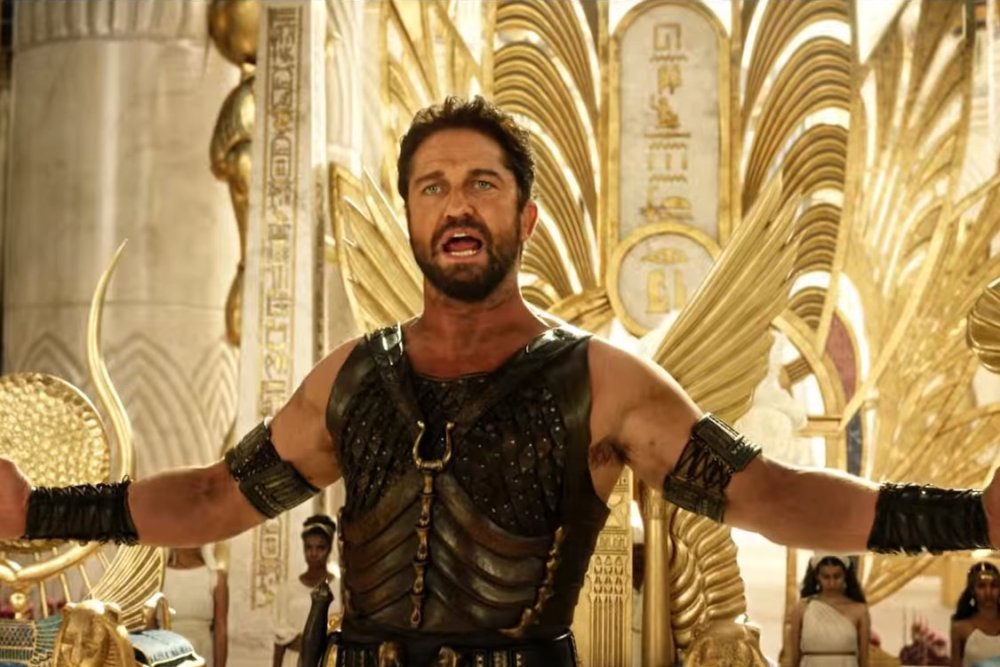