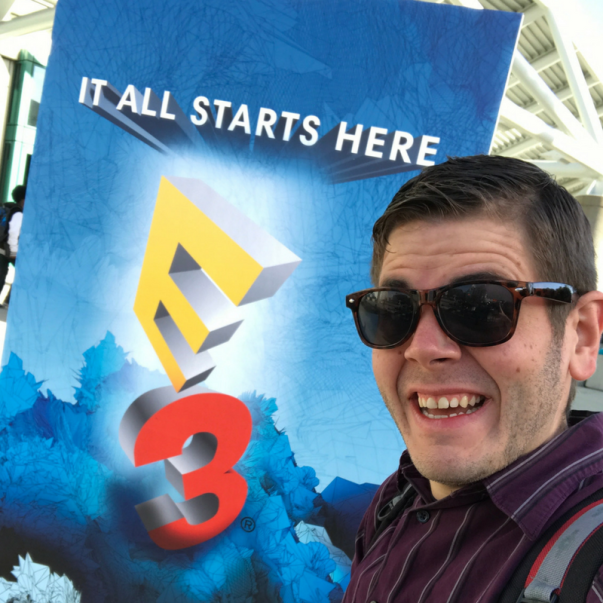 E3. It’s long been the mythical place where gamers’ dreams come true, the industry-shifting announcements are made and the biggest deals are settled behind closed doors. For years it’s been an industry only event, but in a move to help build more buzz and further monetize the event, the ESA opened the doors to 15,000 fans from the public who were eager to explore the E3 mecca that had previously been under lock and key.

Once the news of the public debut broke, I knew that it was my chance to make my way into the most prestigious gaming show in the world. In the words of Lin-Manuel Miranda in Hamilton, I was not throwing away my shot. I was ready to put my years of watching the trade show through the lens of the internet behind me. After nearly three years since my last visit, I was finally returning to Los Angeles to fulfill one of my bucketlist dreams of attending E3.

There was lots of hype going in, but but let’s step away from the hype and fanfare for a moment. While E3 has always had a certain reputation for being the magical land were all gamers’ dreams come true in online communities, it’s really always been a big industry trade show designed to give developers and publishers an event and platform to network and showcase their lineup for games they have in the works.

So what happens when myth meets reality at the world’s biggest gaming event for a first time attendee like myself? Let’s take a look. 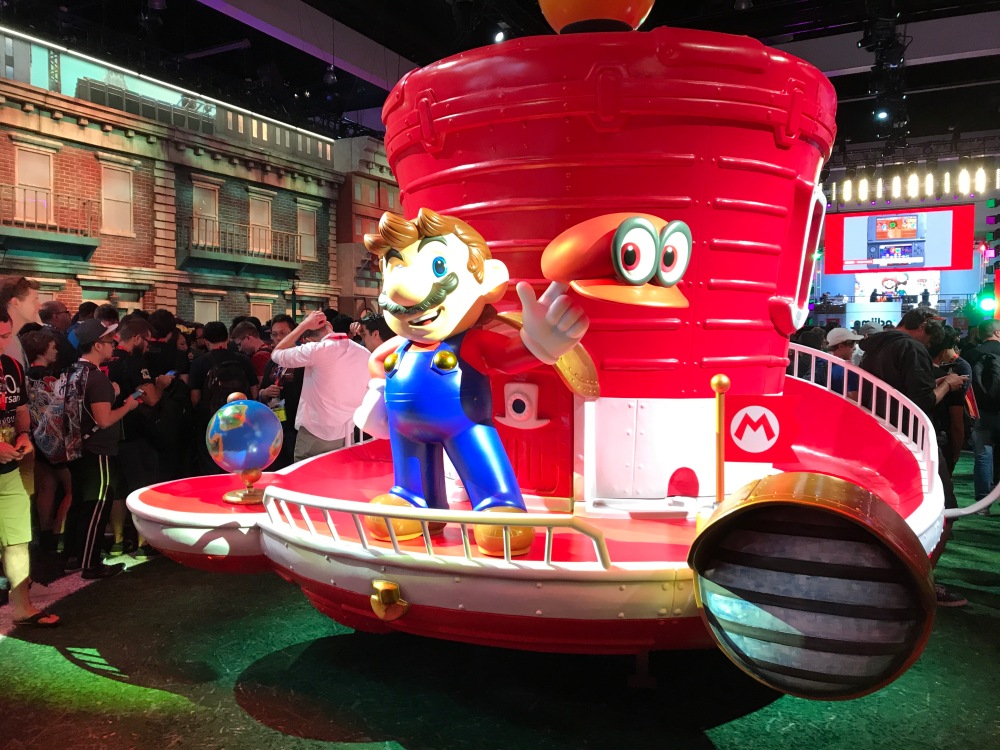 The convention was every bit as colorful, vivacious and exciting as you’d expect. As everyone lined up to enter the show floor, the excitement and fervor was unmatched. On my initial day, I went straight to the west hall in order to hit the Nintendo and Sony booths first. To ensure I got first dibs on my demos of choice, I lined up almost three hours early and while I anxiously waited for the doors to open, I watched Nintendo’s E3 Direct along with dozens of other fans, each of us hooping, hollering and cheering with each announcement, the biggest being the Metroid Prime 4 title card reveal. This moment was what it felt like to be in the stadium when your team won the Superbowl. I’ve done film criticism and cultural writing and podcasting for more than five years, but in these moments leading up the show, all bets were off and I couldn’t help ride the hype wave.

Once the doors opened, it was an all out stampede. People pushed and shoved their way to their favorite booth and my well being was not really a priority. In those first moments entering the hall, I’m certain I felt the total loss of control as I looked for the Super Mario Odyssey demo.

In the west hall, I was met on the right with IGN’s booth, filled with hosts and producers working round the clock to generate interviews, gameplay videos and content for their website. On the other side was Sega, who had just debuted two different Sonic games. But I needed to go even further to reach my destination. Nintendo’s Booth, this year modeled after Super Mario Odyssey‘s New Donk City, was an all out carnival filled with music, Mario themed models greeting you as you enter. Elevated on the second floor of the show was Nintendo’s very own Twitch stream, Nintendo Treehouse. Across the way is Sony who has decked their space out with blue lights, standees and even mini-theater rooms lined with demos of Star Wars Battlefront II, Detroit Become Human, Spiderman and Destiny 2.

As I walked the floor, I encountered developers, internet celebrities and game journalists around just about every corner. This was E3 and the excitement and the energy of the show did not disappoint.

E3 is still an industry-centric event

The crazy energy, the barrels of swag and ridiculously decorated booths all sound like fun fan service, but ultimately it’s all part of the game industry’s ecosystem. Developer Marketing teams drummed up their booth and swag giveaways to catch the attention of attendees and the media in hopes you’ll tell your friends. This was the first E3 open to the public and based on the experience of long time attendees I spoke with, not much changed in how the show was operated, meaning there were an extra 15,000 people in lines, trying demos and hanging out at meet and greets. This usually led to extra lengthy lines, crowded walkways and frustration from those who were trying to do their jobs. 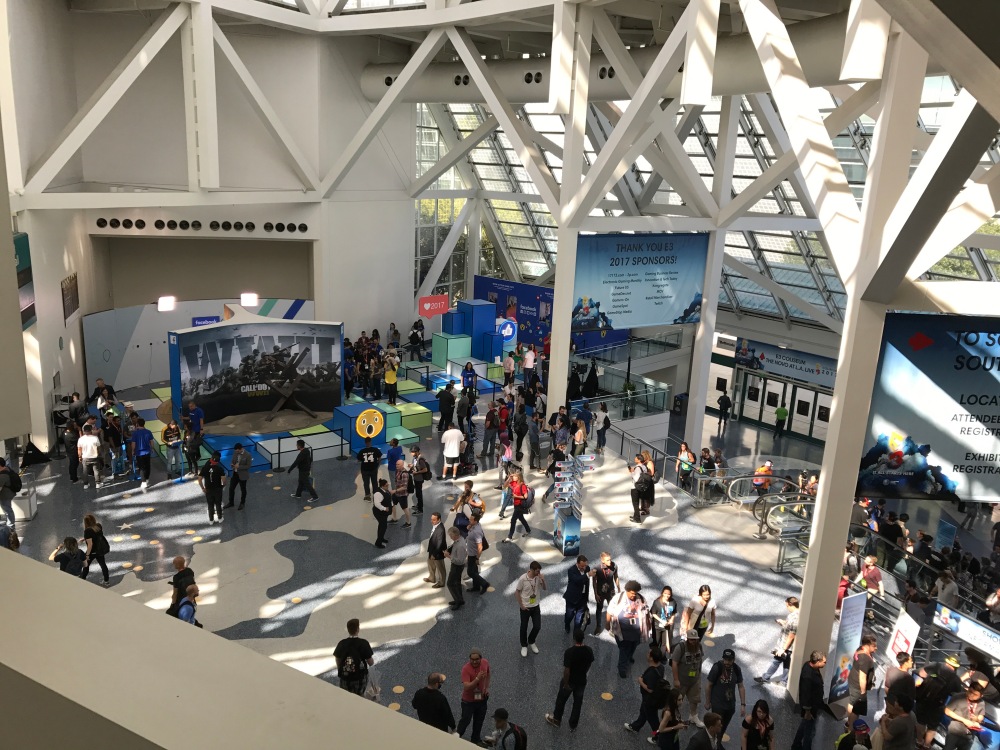 Having the opportunity to attend one of the world’s most prestigious gaming conferences was exciting for fans and content creators like myself, but ultimately the event was still about building buzz for upcoming hardware/titles and making those big behind closed door deals. The priority was almost always given to the press or other developers while fans had to wait in even longer lines, or in the case of Sony’s booth, hope and pray they could be one of 12 or less lucky people to make it into one of their demo appointments through the Playstation Experience app.

Make no mistake, E3 was still an industry event and the people working in the industry were all working incredibly hard around the clock to make sure they had the best coverage, demos and networking opportunities possible. Everyone handled themselves like real professionals, but off of the clock, a number of industry people I spoke with admitted that the extra crowds made their jobs more difficult. For fans, this meant it was pretty unlikely they’d get a personal photo-op with Shigeru Miyamoto, a beer with Cliff Blezenski or late night gaming session with Max Scoville. For people working the show, that meant having to push even harder to fight the crowds to ensure they met their next appointment. These people were all incredibly busy doing their jobs to ensure the show went round.

There are in fact a multitude of demos from just about every major publisher or developer at the show. There were blockbuster games, indie games, game trailer screening rooms and demo stages on just about spot on the show floor. The options were almost limitless. 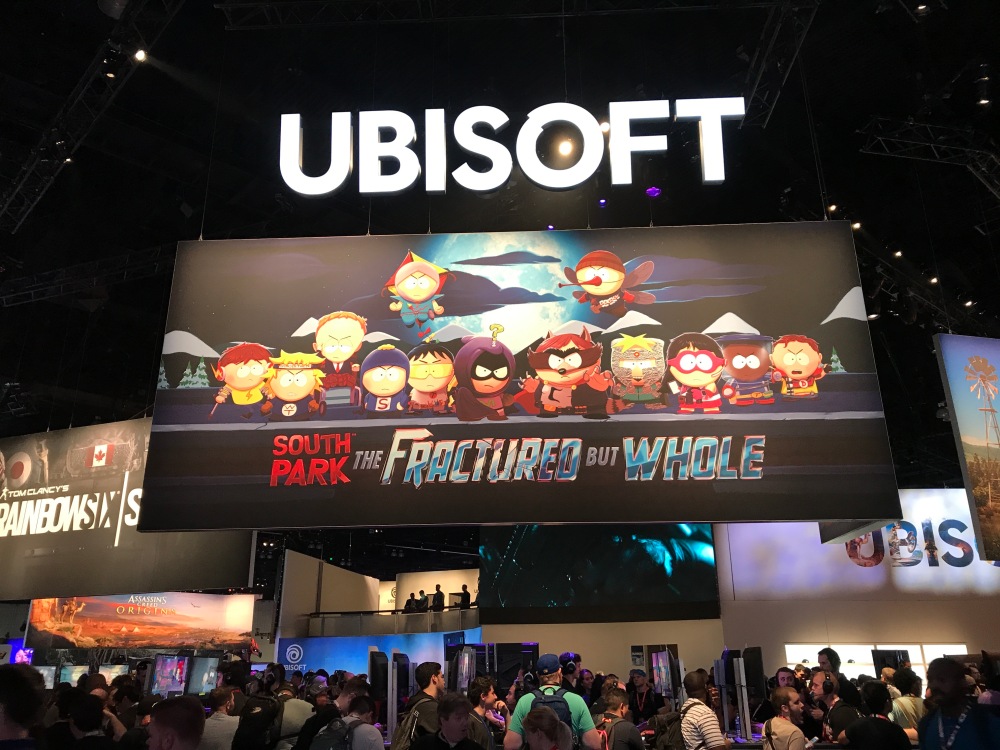 There were a number of demos that were only showcased behind closed doors, but still plenty available to all attendees on the show floor. That said, the crowds and attendees filled these lines for the day almost immediately which meant there was usually only time for two per day at best.

I had the fortune of being one of the first in line for Super Mario Odyssey and was one of the first in line to be made aware of Sony’s Playstation Experience app. This gave me the edge on day one to spring for Star Wars Battlefront II. On day two, I was fortunate and played demos of Mario + Rabbids Kingdom Battle and Sonic Forces. I closed out day three with a number of less busy indie titles and Ni No Kuni II: Revenant Kingdom. I could write another few hundred words on my demo impressions(more E3 content coming soon!), but my point is, with the lengthy lines, there was only time for so much.

I was more than satisfied with the number of demos I got to try, but the popular idea outside of the convention is that it’s a free-for-all where attendees can play all of the games at the show, and that’ simply not the case, even for people with VIP passes.

The demos are great, but the people you meet are really the best part of the show

The idea of being able to play the latest and the greatest games early has always been one of the major appeals of E3 for people like myself, but the thing that really set this convention apart was the people I encountered and the magic of the micro-culture that immediately formed at the event. Fans, press, and exhibitors all immediately formed a certain chemistry when talking with each other. Everyone there was just as excited if not more excited about video games than the person beside them. I spoke with a handful of developers at one mixer, and we immediately hit it off and began sharing some of our favorite moments of the day.

I barely knew these people, but our shared love for video games gave us a certain shorthand that made it easy to connect. Even the exhibitors and press who were wildly busy took time to talk about the show and share their thoughts on the big announcements. 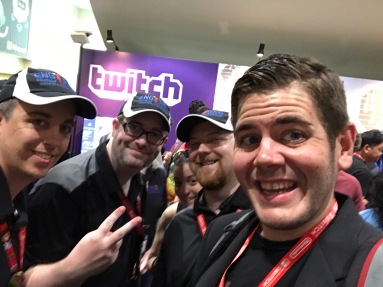 As E3 continues to look toward the future, it will be very interesting to see how the ESA handles the needs of the fans verses the needs of developers and media. Will they go the Tokyo Game Show route with fan days and industry days or decide to keep the public out? The future remains to be seen. For my first trip, it seemed like there were some kinks that needed to be worked out, but that didn’t keep it from being a terrific show that brought fans, developers and industry professionals from around the world to talk more about their very favorite video games.

I was glad to be a part of the show and I look forward to seeing many more in the future! 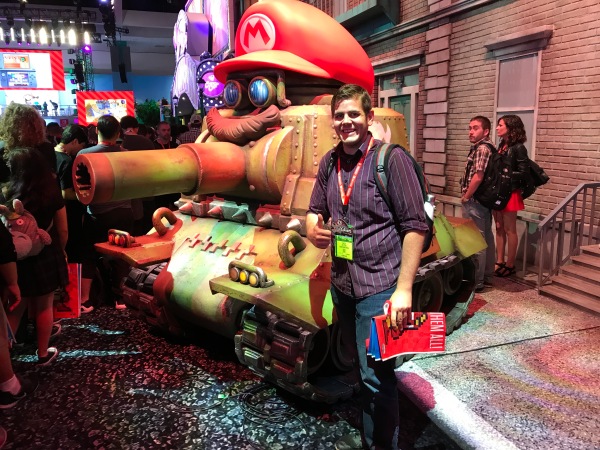