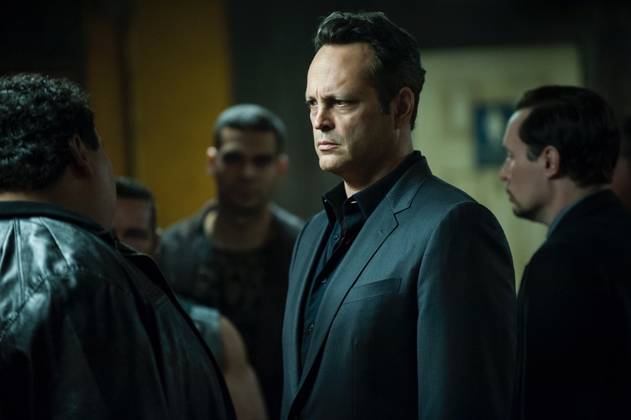 True Detective season 2 may have taken a moment or two to get the ball rolling, but this week’s episode, “Maybe Tomorrow” proves that this isn’t quite the disappointing sophomore slump that we were expecting.

The Cast Beyond Carcosa returns to talk about all of this week’s big developments with Vinci and the Caspere murder case. Last week’s cliffhanger had us all on edge, but we were happy to see that Colin Farrell’s Ray was able to live to fight another day. His Lynchian dream sequence served as a nice throwback to a different era of TV while also giving us some crucial character development related to his own paternal issues. Thanks to the near death experience, it looks like Velcoro is back in the game, which means that we’re in for even more great character dynamics with Ani and Paul.

Vince Vaughn’s performance as the mob boss turned businessman has been a pretty big point of criticism for True Detective season 2 so far, but Dalton and I make a case that his descent back into thuggish tactics has proven that he’s more than fit for Pizzolatto’s weightier writing. After one of Frank’s right hand men gets bumped by an unknown assailant, it’s becoming more and more clear that Caspere’s murder was meant to target Vinci’s hot up and comer.

Tune into the latest episode of The Cast Beyond Carcosa below for our thoughts on all this and more, and as always, enjoy!

The original post can be found at We Got this Covered