Nicolas Cage has undoubtably had a less than thrilling career over the last few years with the actor taking on such atrocities as Ghost Rider: The Spirit of Vengence, Season of the Witch, and Drive Angry. It’s been a while since the actor took on something a little more challenging and both critics and audiences have been begging the question as to whether or not this guy could ever really act in the first place. Joe teams Cage with Pineapple Express director David Gordon Green for a film that takes a closer look at its characters than either talent has been known for in the last few years. Does Joe give hope to the fading actor’s career or has he drifted so far that there’s no coming back from the dark side?

Joe follows an ex-convict of the same name(Nicolas Cage) that meets a local boy named Gary(Tye Sheridan) who wants a job so he can start to make a better life for himself. Joe takes Gary under his wing and discovers that the boy comes from an abusive home where his father(Gary Poulter) takes his money and spends it on drugs and alcohol. As Joe struggles to figure out what to do with Gary he is forced to face his own demons and ghosts from his past.

This is a movie that has plenty of vices but it really thrives because of the great chemistry and characterization between Gary and Joe. Despite the irritating inconsistency of his accent, Nic Cage turns in one of his best performances in the better part of a decade. His character is very rarely likably but you still sense his well intentioned heart. through is relationship with Gary. Tye Sheridan delivers a heartfelt performance as the kid who just wants to make it out of his miserable existence. The two actors have great chemistry together in the makeshift father/son relationship that feels real and organic.

The film’s down and dirty portrayal of backwoods Texas is both bleak and believable. This painfully honest look at small town America is the best I’ve seen since the equally gritty Winter’s Bone. The sharp direction showcases the deterioration and destitute nature of small town america that hits so painfully close to home that I found it hard to stomach. He’s miles away from the comedies that have made him a name, but Green shows surprising confidence in this world of dark drama.

Despite his success, I still found that Green made some unusual editing choices that broke the immersion the film had going for it. There are many times that immediately after an event happens, the camera holds far too long on character reactions without showing the audience exactly what occurred. These were unusual choices that took me out of the experience several times. It’s clear that he wants the character reaction to tell the story, but his timing just doesn’t feel quite right.

The other issue this film runs into is an all around unlikable cast of characters. Aside from Joe(who is often painfully despicable himself) and Gary, none of these character feel like they are worth your time. They are flat and often feel like they are only there purely to demonstrate that this world is an absolutely hopeless place. Luckily none of these characters are in the spotlight for long, but it’s painfully frustrating to sit through scene after scene starring characters you feel zero empathy toward. 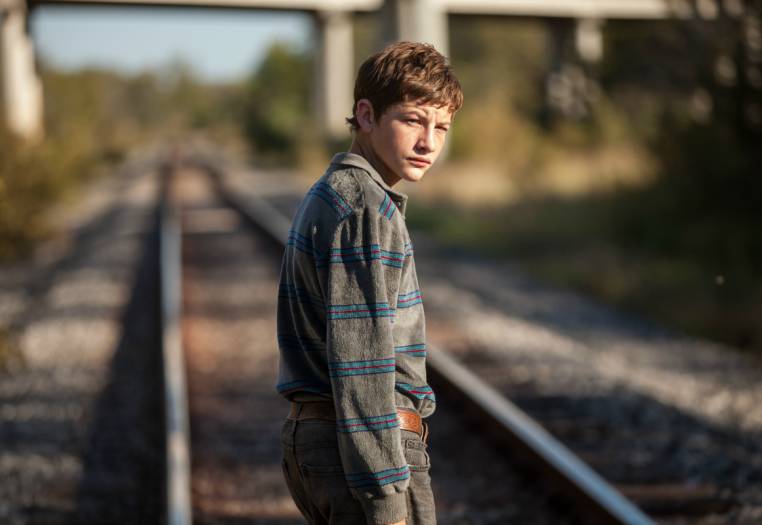 Joe is a good movie that may give Nicolas Cage the steam he needs to do some real acting, but I would hardly say that this movie revitalizes his career. The role is interesting and clearly Cage understands what makes this macho ex-convict a softie at heart, but it lacks the gravitas and impact he needs to pull a McConaughey and totally reinvent his career. Cage paired with Tye Sheridan is a recipe for the feels and the direction stands surprisingly strong, but unfortunately the rest of the film falls pretty flat thanks to unlikable characters and a long runtime. Nicolas Cage fans and film goers interested in the exploration of small town America will want to catch this one at a matinee, but everyone else interested should probably just stick to a rental.