The original post can be found at GoodTrash Media 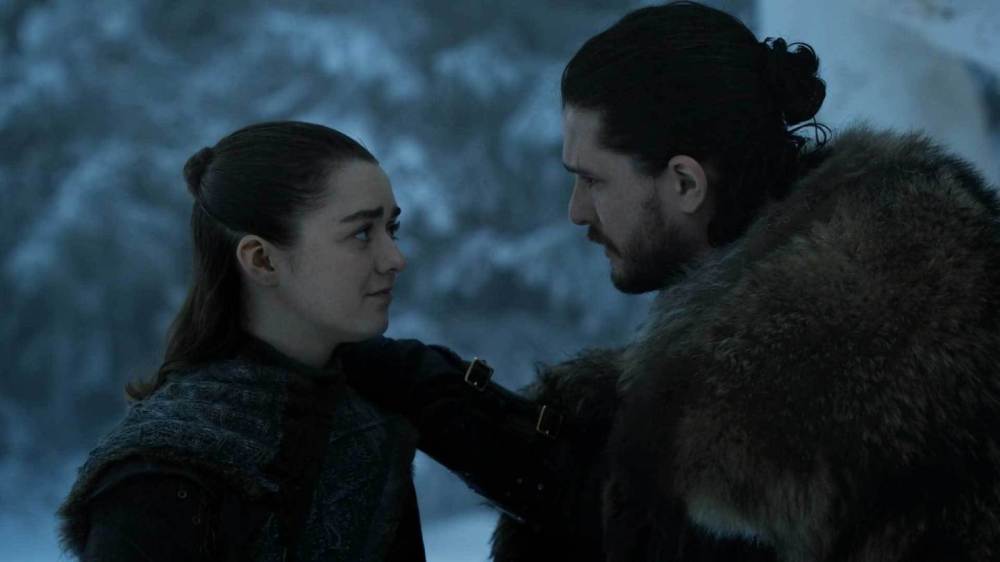 Hello, lords and ladies of the realm! After playing chicken with a pair of Dany’s dragons and the lengthiest hiatus yet, The Cast Beyond the Wall has returned with recap and review of the Game of Thrones season 8 premiere, “Winterfell.”  Host Caleb Masters is re-joined by co-hosts Austin Lucari and Daniel Stull to do a scene by scene breakdown of one of the year’s most anticipated events in entertainment.

“Winterfell” started with a throwback to the very first episode of Thrones as Jon Snow and Daenerys Stormborn reached the end of their trip up the Kingsroad to the titular castle. The extra soldiers to fight the dead may be appreciated, but the tension and skepticism between the mother of dragons and the northerners, including Sansa Stark, is uneasy at best.

The alliance between houses Stark and Targaryen may not be a sealed deal yet, but the episode provided a number of long-awaited reunions between our characters. For the first time since season one’s second episode “The Kingsroad,” Arya Stark and Jon Snow are reunited in what may be one of the most heartwarming moments of the series. Not every character meeting is quite so happy. In a very Thrones-esque twist, Samwell Tarley learns the grisly fates of his father and brother when he reconnects with Jorah Mormont and meets Daenerys for the first time. All of this is capped off with Sam revealing Jon’s true heritage.

The Cast Beyond the Wall is back recapping each and every moment with Caleb, Daniel, and Austin locking in predictions and laying out their final theories as they evaluate whether or not “Winterfell” successfully kicks off the final season.

To keep the stakes high for the final season, the Game of Thrones fantasy league is back!

Keep up with the season 8 scores on Fantasizr

Read the scoring for the Fantasy League at The Verge