The original post can be found at The Cinematropolis 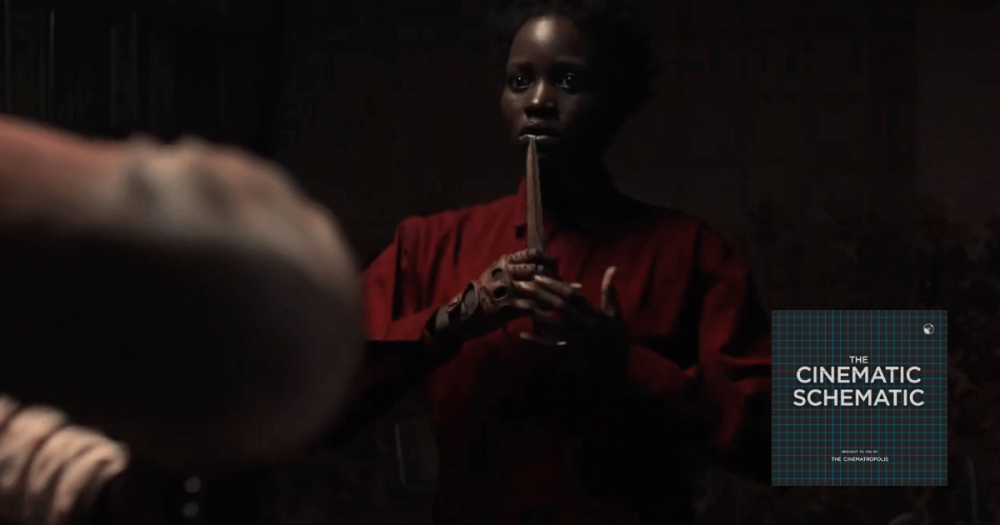 The Cinematic Schematic has your horror filmgoing needs covered with a special bonus deep dive conversation reviewing one of our most anticipated movies of the spring, Jordan Peele’s follow up to Get Out, Us.

Since making waves with 2017’s Oscar-winning Get Out, Jordan Peele has appeared unstoppable. After coming out of what appeared to be nowhere but a career as a comedian, everyone was excited to see what Peele’s new creative voice in Hollywood would do next. He’s since produced another Oscar winner, BlacKkKlansman, and the highly anticipated Twilight Zone reboot for CBS’s streaming service.

According to the written review by Christopher Shultz,Us begins with a flashback to 1986, where our protagonist Adelaide (played as a child by Maddison Curry and as an adult by Lupita Nyong’o) wanders away from her bickering parents at the Santa Cruz boardwalk and discovers a spooky hall of mirrors down on the beach. Upon entering, she meets another little girl who looks exactly like her. This proves traumatizing for the girl, who stops speaking for an unknown period of time, though Peele suggests it’s quite a while. We then flash forward to an adult Adelaide, on route to her summer vacation home with husband Gabe Wilson (Winston Duke), daughter Zora (Shahadi Wright Joseph) and son Jason (Evan Alex). While Adelaide seems to have her life in order, she is still haunted by her experience in the hall of mirrors, fearing that one day her double will come back to torment her again.

In a follow-up to our 2017 Get Out discussion on GoodTrash Media’s Back to the Movies, Laron Chapman and I return to look at Peele’s new movie, Us, with The Cinematropolis associate editor Daniel Bokemper and contributor Christopher Shultz. The conversation starts with a spoiler-free review before diving into a full spoiler-filled conversation examining the film’s themes.

Hear all of this and more of our past and future episodes by subscribing to The Cinematic Schematic and leaving us a rating on Apple Podcasts!