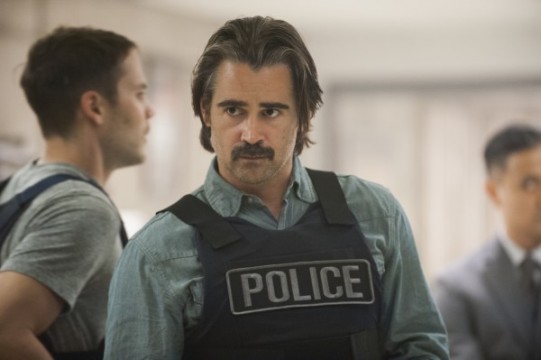 Welcome to We Got This Covered’s newest podcast, “The Cast Beyond Carcosa,” which covers HBO’s highly acclaimed show, True Detective! In our debut episode, we crack open the characters and events of the season 2 premiere “The Western Book of the Dead.”

The newest season of True Detective has been one of 2015’s most hotly anticipated events after season 1 became a surprise smash hit, and we’re here to decide whether or not Nic Pizzolatto’s sophomore year meets its unreal expectations.

We’ve waited more than sixteen months, but True Detective is back in all of its bleakly nuanced glory. The long awaited season 2 opener has received mixed reviews from fans and critics alike, but we’re not so sure yet how we feel about it.

“The Western Book of the Dead” had quite the job to complete. It had to establish an entirely new and larger cast in a completely new location while also proving this is the same sort of dark hyper-serious drama we fell in love with in its freshman season. After character introductions, Dalton and I do a scene by scene breakdown of each and every scene to look for clues to the larger story at hand before analyzing this season’s new brand of philosophical mumbo jumbo. We then wrap our first show by looking at the puzzle pieces on the table to see if we’ve got any leads on solving the mystery of who murdered Ben Casper.

Original post can be found at We Got This Covered