Another year down, another great year at the movies! We’ve got plenty to look forward to in 2015(Star Wars anyone?), but it’s worth noting that 2014 really was an exceptional year for the big screen. Blockbusters like Captain America: Winter Solider, Dawn of the Planet of the Apes, Edge of Tomorrow(Live, Die, Repeat?), and X-Men: Days of Future Past proved spectacle doesn’t always have to be dumb mindless fun while the low budget genre scene thrived with hits likeSnowpiercer, The Babadook, and The Raid 2. Not only were studios thriving creatively, but the indie scene delivered some equally impressive stuff with the likes of Boyhood, Nightcrawler, Frank, andDear White People. Even animated movies like The Lego Movie, The Book of Life, and Mr. Peabody and Sherman felt cut above the rest. Naysayers can complain all they like, but make no mistake; 2014 was an exceptional year full of major surprises.

It’s been a blast covering several of the year’s biggest movies for Renegade Cinema, but now that the year is over, it only feels appropriate to remember the awesomeness(no Lego-pun intended) by picking 10 of my very favorite releases from the last twelve months. Top 10 lists may all seem like fun and games, but I can assure you that whittling the the stories of 2014 cinema is no easy task. This is a year some of the greats just didn’t quite make the cut, but I promise they are still great nonetheless.

10. Guardians of the Galaxy 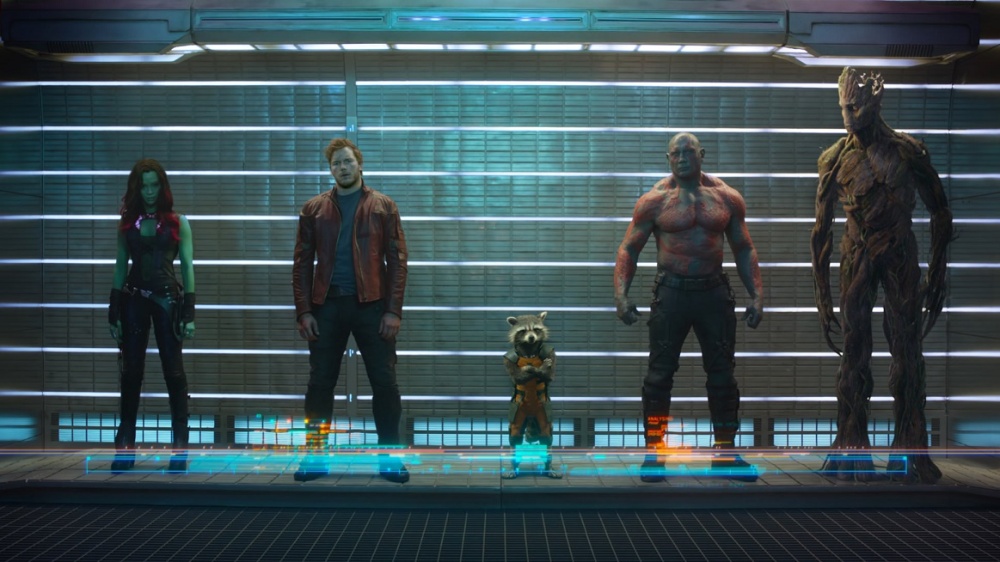 After the massive success of The Avengers, the Marvel factory seemed to wane a little bit creatively with the direct follow ups Iron Man 3 and Thor: The Dark World. Neither were awful, but the formula just started to feel too samey to stay engaging.  Luckily 2014 brought us two Marvel movies showcasing their ability to mature and adapt their tried and true formula to the likes of a very Star Wars-esque space fantasy. Everything about Guardians of the Galaxy has summer blockbuster fun written all over it. It’s got massively entertaining spectacle, a mustache twirling bad guy, an off kilter yet undeniable sense of humor, and cast of characters so charming not even the Infinity Gauntlet of Thanos could touch them. This wasn’t the most sophisticated movie to hit this summer, but it was undeniably the most entertaining. 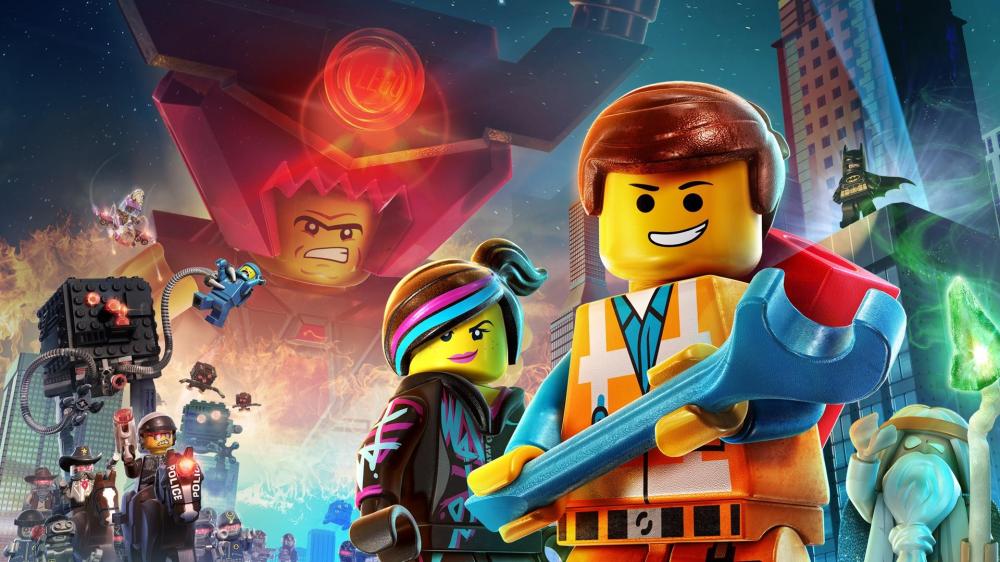 Even just five years ago, none of us would have ever guessed that a straight up lego movie could have even worked. Fortunately for us, Warner Bros. handed the project over to the comedic masterminds of Phil Lord and Chris Miller. These guys went straight to the block shaped heart of the license and found a story about creativity, conformity, and self discovery. The Lego Movie can really appeal to just about anyone thanks to its universal ideas, great use of licensed characters, and on laugh out loud jokes. There are a lot of great things to take from the movie, but I’ll never forget the greatness of Taco Tuesday  and Will Arnett’s Batman. 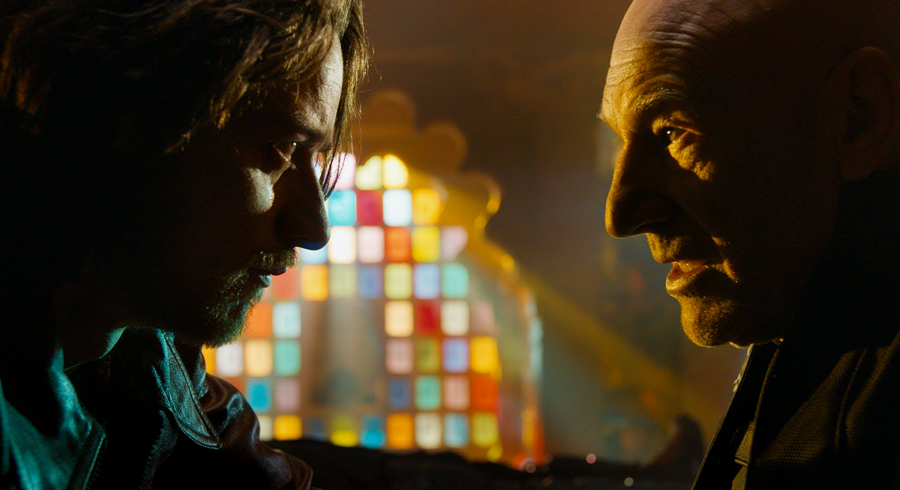 I’m not going to lie, I’m a massive X-men fan through and through. I own all of the movies(even The Last Stand/Wolverine Origins), have seen every animated series there is to see, and have even read the most popular comics. More than any other X-men project in the last 10 years, I was absolutely fired up about Days of Future Past. After all, this marked the return of Bryan Singer, Wolverine meeting up with the First Class cast, and the first use of time-travel or sentinels in one of the movies. I had unreasonable expectations of what I was going to see and somehow I wasn’t disappointed. Bryan Singer brought back the dry more cerebral tone we saw in the first two films without sacrificing the charming personality we all loved so much about First Class. It rises to the level of exceptional thanks to it’s layered story filled with morally ambiguous all working toward their own end. This was the sequel to X2 I always wanted and I’ll go out on a limb and say X-men actually out-Avengered The Avengers in its ambitions. Good on ya X-team! 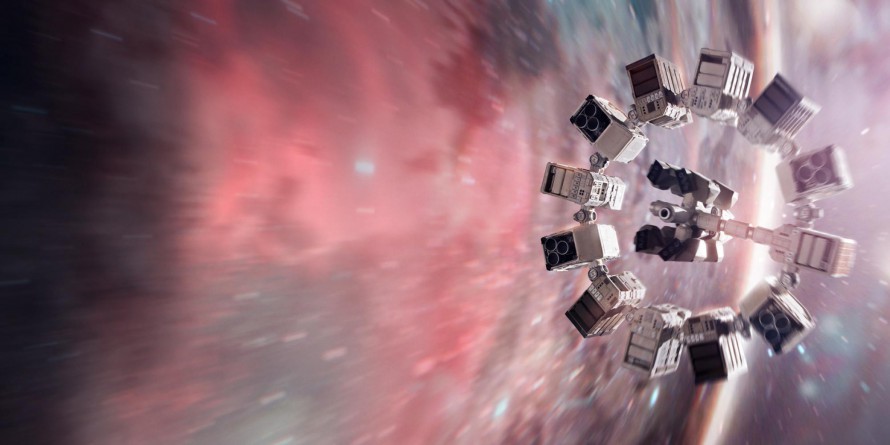 Christopher Nolan just keeps getting bigger and more ambitious with each passing film and his latest, Interstellar, takes the cake. Interstellar brings back a dry and raw sort of hard sci-fi we haven’t seen in decades. The movie takes us into the depths of space, through wormholes, and onto the surface of a number of desolate planets. The only thing bigger and more ambitious than the story is the the marriage of the 70mm IMAX  film with Hans Zimmer’s most bombastic score yet. Despite all of the bells and whistles, the heart of the film still boils down to our characters lead by Matthew McConaughey’s Cooper. The dialog is often a bit clunky and the connection between Cooper and his daughter Murphy feels almost too sentimental, but the movie is so overwhelmingly excellent in every other category that I hardly even cared. Nolan really swung for the fences with Interstellar and even though it doesn’t always land just right, it still delivers the greatest IMAX filmgoing experience in history. 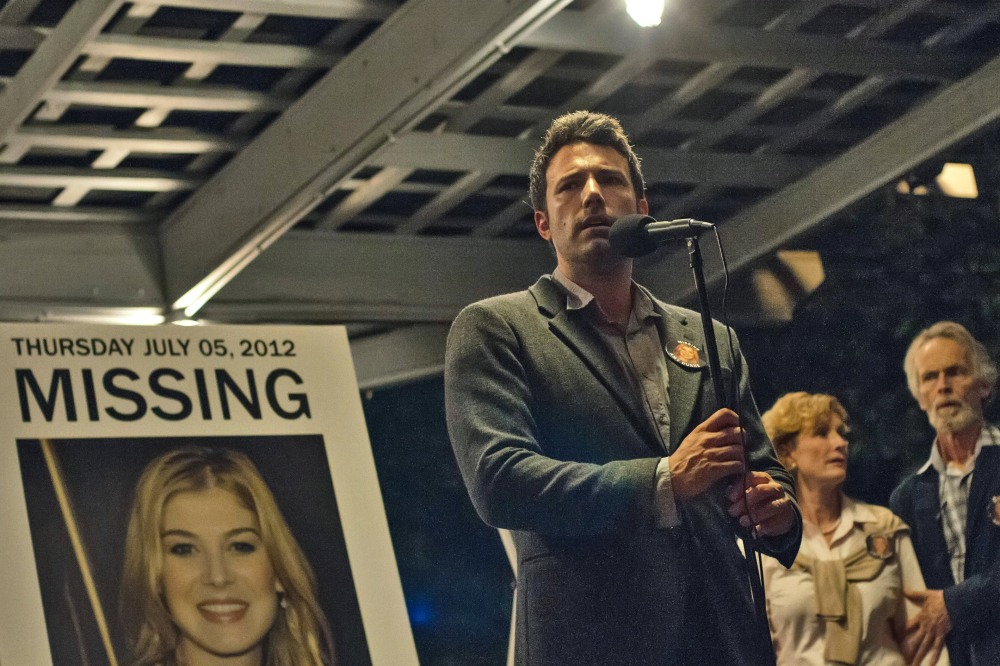 David Fincher makes a mystery/suspense thriller. Need I say more? Gone Girl is a wild ride full of twists and turns that’ll have you on the edge of your seat from start to finish. The movie isn’t content with giving us just another mystery, but we’re also forced to look into the dark mirror thanks to the satirical take on our utterly media crazed culture. Ben Affleck and Rosamund Pike perfectly embody their roles as equally detestable halves of their deteriorated marriage while supporters like Neil Patrick Harris, Tyler Perry, and Carrie Coon knock their roles out of the park. It may look pretty bleak on the surface, but what will give this movie real longevity its comedic irony. After leaving the theater I couldn’t help but question just how spot on true everything was. 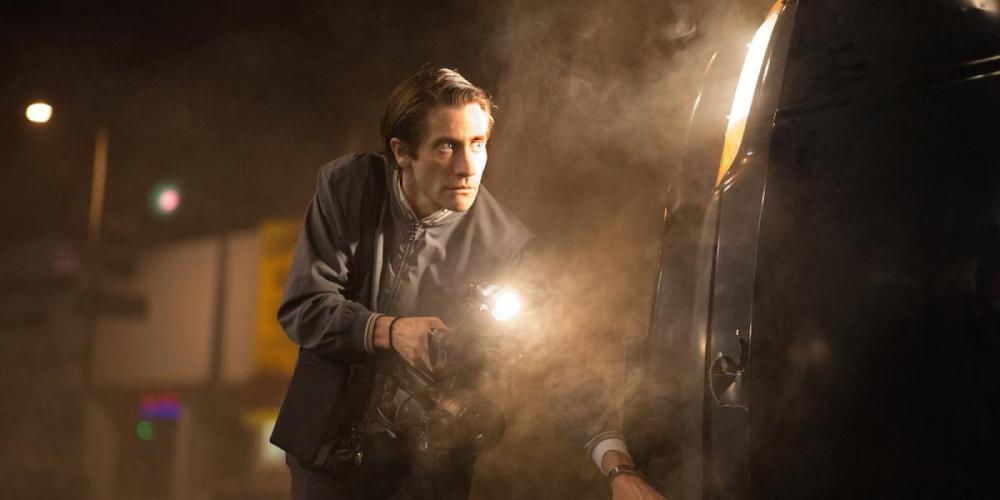 Nightcrawler is unlike any other movie I’ve ever seen. It’s edgy, honest, and unafraid to share the news about…well the news industry. What’s even more interesting than the story the film is telling is Jake Gyllenhaal’s Lou Bloom. He may technically be the protagonist, but he’s a creep who by all means should be labeled as a sociopath. What’s intriguing is his admirable intelligence, dedicated work ethic, and bottomless well of ambition. His mission to get the foot in the door of an industry and achieve quick upward mobility is both chilling and very relatable. He’s the product of the type of capitalist work culture college students are taught on a daily basis and in all reality, he’s doing exactly what we’re all taught to do to succeed. Nightcrawler uses Lou Bloom to criticize the darker corners of this philosophy by exposing just how sleazy it all really is. The real lesson of the movie is don’t be such a Bloom…accept success and avoid sociopathy. 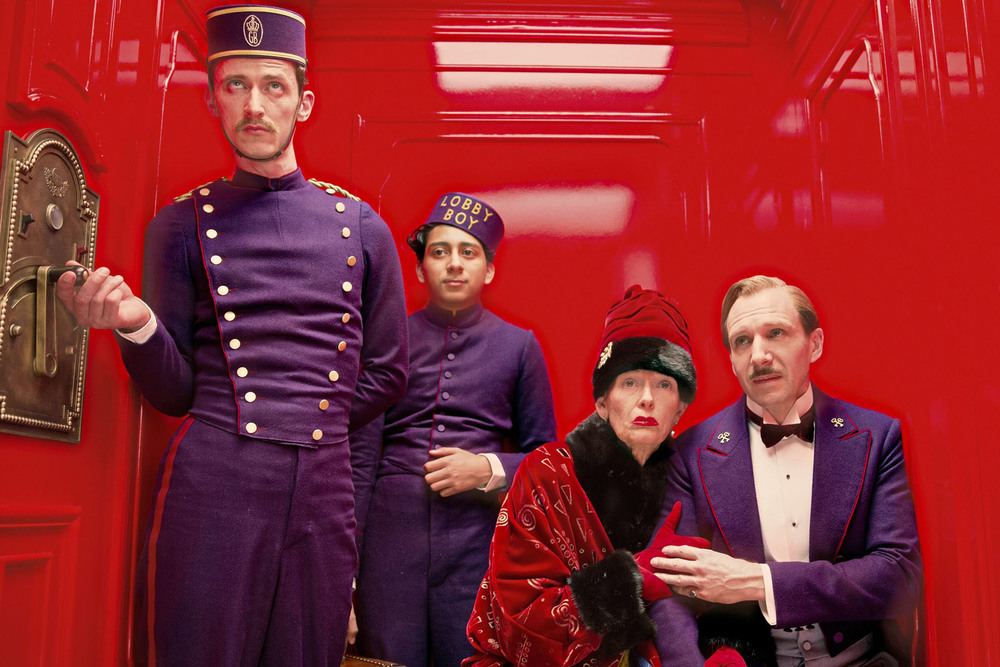 The Grand Budapest Hotel(or as I like to call it, “Wes Anderson: Unchained”) is a massively ambitious tale revealing the power of stories and how they can impact people throughout the generations. I could go on and on all day about why I love Grand Budapest, but the simple truth is I just do. It’s a very charming story about weird people doing bizarre things for an unusual painting. Much like Anderson’s other movies, Grand Budapest feels like the memory of a great adventure. Even when things are awful you just look at the story with a smile. How on earth did this climb to my #4 spot? I watched this movie with an ear to ear grin on my face for the entire two and a half our runtime. What could possibly be a better reason than that?

3. Birdman (or the Unexpected Virtue of Ignorance) 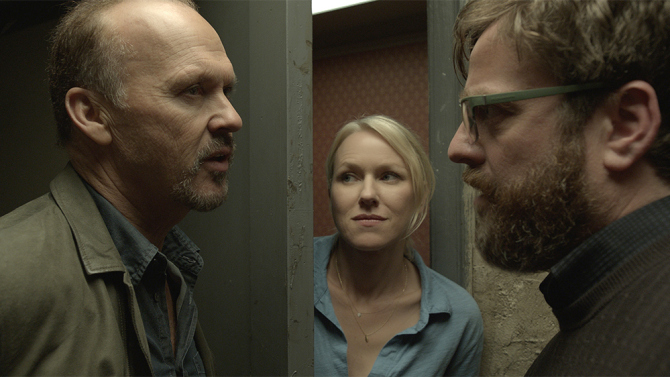 To paraphrase Winston Churchill, I like to describe Birdman as a riddle wrapped inside a mystery inside an enigma. Michael Keaton returns to the lead as a washed up actor who was once the star of an ultra-popular superhero franchise. Any of this ringing a bell? This is a very special movie that works on a number of levels. It’s the story of one actor’s strive to find relevance, the tale of an overindulgent entertainment industry, a yarn about human ego and our place in the word, or maybe it’s even the bitter ramblings of Michael Keaton and director Alejandro González Iñárritu. When asked what the film was about I almost always told people I was still trying to figure it out. It’s part parody, part drama, and even part memoir on the current state of Hollywood. You could boil it down to the biggest love/hate letter to film business, but for some reason I don’t think that quite does it. What is Birdman? I’m still not quite certain, but I sure do love it!

I’ve loved going to the movies for most of my life, but when I started writing and talking more about them, I kept running into this guy who had already said it all first. When I started to understand how film criticism worked, I initially wrote the guy off as a pretentious know it all. Ironically, the more my love of writing matured, the more I learned that Ebert’s reviews and opinions were anything but. No matter how you spin it, Ebert changed the world by showing us just how the common man could have an informed opinion on film. But Life Itself doesn’t seem nearly as worried about the legendary critic’s career as much as it is with the man who defied the odds as he fought cancer and his inability to speak. How does a man known for his articulate opinions survive without a voice? Roger Ebert went further than any man could and left a legacy of writers, producers, and filmgoers behind. It’s only because of Roger Ebert that I can sit here and write “See you at the movies”. 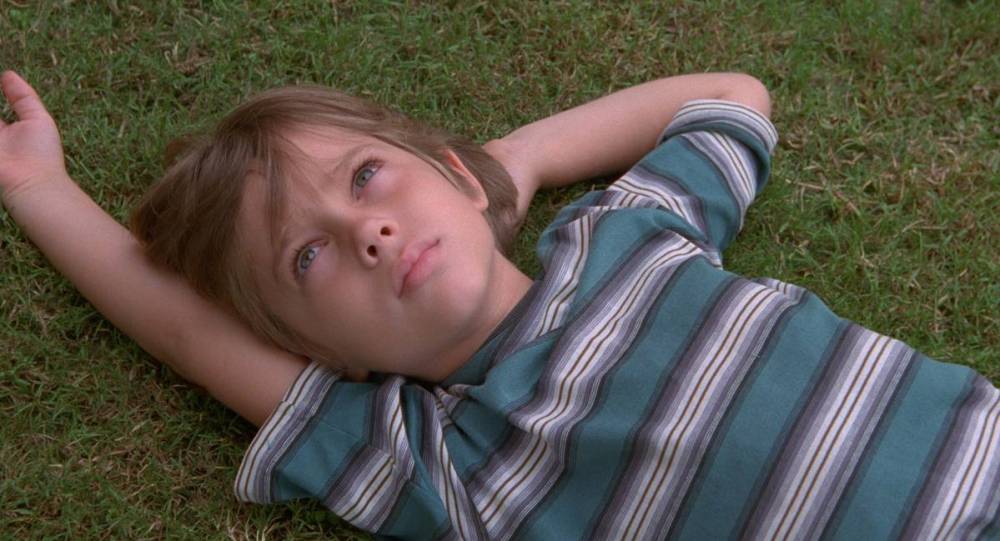 There are only a handful of movies out there that capture and define the experience of a generation. Richard Linklater crafts one of those unique experiences by channeling the overwhelming feelings of nostalgia, struggle, and remembering what it was like to grow up. The film’s daunting scope of a 12 year production could have easily overshadowed the movie’s down to earth and intimate story but luckily Boyhood avoids getting lost in indulging its arduous premise.  Ellar Coltrane’s Mason begins the film as a blank pallet who quickly fills in to become a more defined character. Supporting actors including Lorelei Linklater, Ethan Hawke, and Patricia Arquette all deliver award worthy performances as they also grow into their own characters. It may not quite have the flash or pizzazz found in some of 2014’s other greats, but Boyhood is a film we’ll be chewing on and revisiting for decades to come.