“5 Then the Lord saw that the wickedness of man was great on the earth, and that every intent of the thoughts of his heart was only evil continually. 6 The Lord was sorry that He had made man on the earth, and He was grieved in His heart.”

Ever since the first trailer for Noah hit the web a couple of months back, there has been a surprising conversation that has emerged on my facebook feed, in my inbox, and among my friends who are active in the Christian community. It’s become a point of noisy discussion where I’ve seen a lot of hate and attacks on the film with some comments calling the movie unfaithful, poisonous, a tool of the devil(no joke), and the liberal media’s attempt to lead young adults away from God. What is of particular worthy note is that all of these criticisms are being leveled by people who HAVE NOT SEEN THE FILM.

I’ve also read several articles from a wide array of Christian media outlets such as Christianity Today, Religious News, and a slew of other Evangelical publications and I’ve even read conservative evangelical community hero Ken Hamm write his thoughts about his the trailer. All of them have their own opinions on what “Christians” should do with Noah.

I shouldn’t be surprised by this knee jerk reaction to a movie that interprets and retells a story from the Bible, but all of this backlash about the film seems like an enormous missed opportunity for anyone who wants to talk about the Bible to people of a different belief system. Why shy a way from a chance to talk about one of the Bible’s most iconic stories with a world of “non-believers” who actually seem up to the discussion?

Unlike the recent hit Son of God and last decade’s The Passion of the Christ which conservative evangelicals vocally and actively supported by renting out entire theaters, Noah is getting a less than enthusiastic greeting from churches and figureheads like Rick Warren who are telling people not to see the movie because it isn’t a Christian film.

What makes Noah different than these other two Biblical breakouts? Unlike The Passion of the Christ  that was funded and directed by Mel Gibson who claims Catholicism and Son of God which was a retrofitted version of The Bible mini-series created by Christian production studio Lightworkers Media; Noah is being produced by two non-Christian studios(Regency Enterprises, Protozoa Pictures) and directed/ co-written by Darren Aronofsky who was born Jewish and is likely now among the many that count themselves as spiritual, but not religious. He’s a highly respected and acclaimed director in the industry for his work on Black Swan, Requiem for a Dream, Pi, and The Fountain. His jewish roots give him a unique take on the flood story which is why he began developing the movie in the first place. Aronofsky is not just another hollywood big wig cashing a paycheck, but a passionate artist who is living out his dream to tell his biggest yet most personal tale to date. In a recent interview he reflected on the origin of the idea: 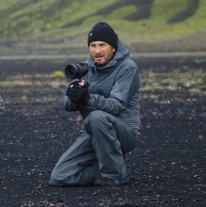 “I got connected to the story in such a deep way when I was in  seventh grade. I had this magical English teacher. One day, she  said, ‘Alright, everybody take out a pen and paper, and write  something about peace.’ I wrote a poem called ‘The Dove’ about  Noah.”

I believe it’s also worth noting that the acclaimed writer/director has a Harvard degree in anthropology where he has studied a multitude of world religions and realizes that this story is much bigger and more important to society than simply just another story. I highly recommend reading/watching some of his interviews on the movie to see just how deeply this guy understands his theology.

What am I getting at with all this context? Noah is controversial in evangelical circles because the story is being told by someone who comes from a worldview different than their own. It doesn’t matter that Darren Aronofsky knows the intricacy and complexity of the themes at work in the greater narrative, the theologies of multiple religions that adhere to the mythology, and the deeper implications of how it relates to us today. He is interpreting the story in a way that doesn’t fit in with a very specific(and in my personal opinion; limiting) understanding of the text.

By bringing his own artistic vision to the tale he is apparently somehow defiling a sacred and historically inerrant interpretation of the story. This is ridiculous! He is retelling scripture and adapting it to the big screen which means that there has to be more than what is in the four chapters of Genesis. He gives the characters actual dimension and explores the struggle Noah was having to obey God while also coming to terms with the sins of mankind and his his own guilt. Themes of obedience, justice vs mercy, and man’s stewardship of creation are all making their way into the movie. Is extracting ideas and fleshing them out by means of storytelling really a bad thing?  Lets not fail to mention that the Bible itself goes as far as to state that “These are the records of the generations of Noah”(Genesis 6:9) which implies that there are plenty of details that didn’t make it into the scripture.

“Find me a contradiction in there that can’t be explained. Of course there’s liberties, I mean, we’re making a movie here. If you read the four chapters that the Noah story takes place in, Noah doesn’t even speak.  Noah’s wife and his sons’ three wives aren’t even named in the Bible. So how exciting to actually say, “Oh wow, here’s this great story, how do we put human emotion into it?”

Noah is one of those very rare occasions where Hollywood is being very supportive of a biblical yarn which means they are actually banking on the fact that audiences from various faith based backgrounds will be talking about the movie in one way or the other. I count myself as a follower of Christ and it pains me to see people who claim Christianity that are unreasonably protesting this movie. This is essentially “secular” society baking up faith inspired conversations and handing them to us on a silver platter. People around the world are going to be talking about this movie which makes this the perfect time for the Church and Christ followers to demonstrate that Christians actually do want to participate in culture and do value the worldviews of others(something that evangelicals have developed a reputation for NOT doing). Even if you legitimately disagree with the portrayal on the big screen, this is an opportunity to see this story from a different perspective and converse with others about your own interpretation and how it relates to the movie.

We are in a time where the mainstream seems to have an appetite for Biblical epics and are excited about them thanks to artists like Aronofsky(and Ridley Scott with his upcoming Moses epic “Exodus“) who are bringing compelling angles to age old stories most of us all know. I follow a number of friends and fellow critics who don’t claim a faith or religion and I’ve never seen them so excited to see what this man has to say about one of the world’s oldest myths.

I also count myself among film going audiences and you better believe I’m going to be first in line to see this movie come Friday morning.  I’m especially excited to talk about this movie with my friends in the film community and across the board(Christian, Atheist, Agnostic, Muslim) because clearly this is a story that means something  special to more than just the bible thumpers. If anything, you’d think a movie about the flood should be bringing us all together seeing as nearly every ancient mythology tells of a worldwide flood that destroyed the earth.

This is prime time! I’m not going to claim that everyone should see this movie, but I am saying this is one of the best opportunities those of a Judeo-Christian faith(or any background really) are going to have relating to the mainstream. Protesting this movie(ESPECIALLY without having seen it) is only perpetuating the idea that religious people are illogical, ignorant, and out of touch with reality in their faith based belief system. Instead of being stand-offish, believers should all take this opportunity to see the movie and have conversations about the more interesting themes of the movie such as God’s relation to man, human depravity, and the meaning of righteousness. See what it means to those from a different background because they might just surprise you.

For the first time in years, a movie based on a Bible story is getting a massive budget($150 million), a master storyteller, generally great reviews(tomatometer reads fresh), and tons of buzz from the media. Are faith based audiences going to rise to the occasion and join in on the cultural conversation or are they going to further separate themselves in their ivory tower of self-righteousness and judgement?