“If you figure out a way to live without a master, any master, be sure to let the rest of us know, for you would be the first in the history of the world.”

The Master is master(no pun intended) filmmaker Paul Thomas Anderson‘s latest character drama that delves into the depths of two eccentric men’s minds as they discover each other and eventually have a rather odd relationship as Lancaster Dodd builds his cult with his far-fetched ideas. Starting a year or so ago Anderson began talking up The Master before it even had the title. Needless to say, Anderson’s movie has been something film critics and lovers have been waiting for for ever since Anderson’s 2007 film There Will Be Blood. Does Anderson’s take on the Scientology-like cult make the wait worth it or has Anderson set the bar too high for himself? 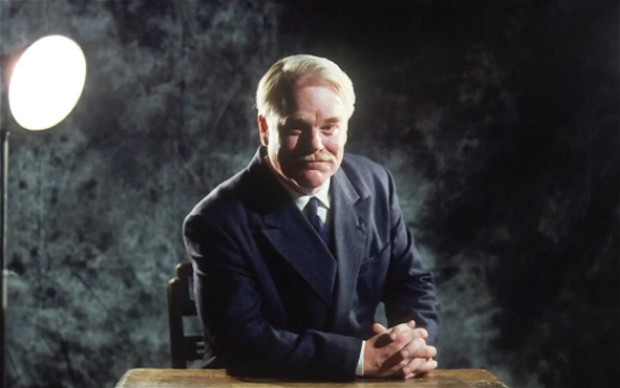 The Master actually follows the character of PTSD Alcoholic World War II vet Freddie Quell(Joaquin Phoenix) who we see engaging in some rather bizarre behavior in the opening moments of the film. Freddie eventually “settled down” after the war by becoming a photographer. We see that despite the change of the US in the 1950s, Freddie really had no good way to readjust to a normal life after what is implied a rough time in the war. Eventually Freddie assaults a customer at his workplace and runs away. While he is drunk he stumbles onto a boat. He awakens the next morning and is introduced to the owner of the boat, Lancaster Dodd(Philip Seymour Hoffman), who is a charismatic intellectual who leads a of a group of people called The Cause. Dodd takes an immediate liking to Freddie even going as far as to claim that he knows him from somewhere. With nowhere to go once the boat docks, Freddie decides to stick with Dodd. The movie follows these two men and examines their very odd yet intriguing relationship with Dodd being both genius and crazy and Freddie trying to decide whether or not he buys everything that Dodd is feeding him.

The Master is a very interesting piece of storytelling as it is really following Freddie at its core, but on several occasions goes on tangents that are interesting, but at times feel a bit arbitrary. While I found all of the story interesting, the movie was certainly not lean with many of these tangents going nowhere or really not furthering the characters. I will however give this film the benefit of the doubt as I had many of the same complaints about There Will Be Blood on the initial viewing. Despite this complaint I found the story to be very odd, but also mesmerizing. Much like the cult that Dodd is leading, I found myself incredibly drawn to the characters and the performances. Dodd was incredibly interesting to watch apart from just Freddy as he is a very ambiguous character. He spends a great deal of the movie giving speeches or almost hypnotizing his followers, but what is left a mystery is whether or not he actually believes all of the insane ideas he is talking about. There is a point where Dodd’s son(played by the Matt Damon look-a-like Jesse Plemons) claims that Dodd is making it all up, but for both the audience and Freddie it is still a mystery. This is certainly a great way to write the character as giving us the finite answer would have taken away from both the story and the characters. This is certainly a character study of very unusual people which leaves this film(like most Anderson movies) very light on plot. The plot that is in this movie is very essential for the characters to get where Anderson wants them to go, but unfortunately there appears to be some fat that could be easily trimmed.

As I’ve mentioned this is first and foremost a story that follows Freddie. As much hype that been around the character of Dodd and the cult he has manifested which is supposed to have a keen resemblance to Scientology and its founder L. Ron Hubbard, the movie is about Freddie who begins the movie a very disturbed and broken person. In a way this movie is really about Freddie learning to master himself and his tenancies. Joaquin Phoenix does an absolutely outstanding job playing this character that is incredibly interesting and unpredictable even as he changes as the film progresses. Freddie meets Dodd by chance and from that point Freddie begins recognizing his problems and  throughout the film he learns in a way how to control his emotions and handle his shortcomings. What puzzles me a bit more about Freddie is the end of his character arc in which he appears to understand himself, but apparently still finds himself hollow and broken. Dodd also has an interesting arc of his own as we see The Cause rise to popularity and power throughout the film. Phillip Seymour Hoffman turns in an excellent performance as the ambiguous, charismatic, and also unpredictable Dodd. By the end of the film we see a certain conflict that is left open within the character himself as many of his methods begin to contradict one another. This can be read in many different ways, one of which is that he is beginning to dislike the fact that he is lying to everyone. Both of the leads in this movie are going to be up for Oscars, and both are very well deserved as they’ve given two of the finest performances I’ve see this year. The rest of the cast is solid, but far from memorable with Amy Adams, Ambyr Childers, Rami Malek heading up the supporting cast.

Paul Thomas Anderson’s direction is (as always) exceptional. His style that has that same odd, but beautiful feel that is found in all of his movies is very present in The Master. The movie has some absolutely excellent cinematography that is some of the best I’ve seen this year. He still knows exactly how to deliver camera work and creative shots that nobody else in the business manages to know about(and I didn’t even see this movie in its original 65mm format which is apparently pristine). Many of his techniques are unique, but also risky with some shots that may actually lose some mainstream audiences(not that they are really the target audience for this movie). Aside from just the camera work, Anderson also manages to deliver on giving his movie that certain dramatic tone that most of his movies have. Much like the characters his movies portray, Anderson’s tone has a certain lost and in translation feel to all of them. It is very hard to describe, but to fans of Anderson’s work it is immediately evident.

Overall The Master is an amazing character drama that while light on story still manages to leave a real impact. The Master is a film that will certainly leave audiences something to chew on after it is done because of its open and ambiguous nature. While I did find the movie to be exceptional I found that this was not my favorite of Anderson’s films as the movie seems to have some excess run time that could be trimmed away to make this character drama tighter.  This is a movie I would certainly recommend for avid film goers and fans of Anderson’s other work. This is a film that I’m sure I will be catching more than once as there is more than enough ideas and material to see again, quite possibly even in the theater. 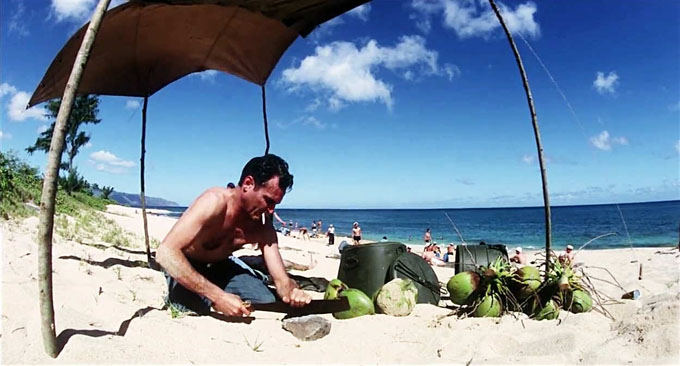 The Master is a character story, and a strong one at that, but unfortunately this story is not quite as compelling as I would have hoped. While the characters are interesting, the story surrounding them leaves a bit to be desired which makes the long run time a bit harder to swallow.

Both Phillip Seymour Hoffman and Joaquin Phoenix turn in Oscar worthy performances that are incredibly mesmerizing with every move they make interesting to watch. While the supporting characters are lacking a bit, the two main characters which this movie is centered on more than make up for other shortcomings.

Paul Thomas Anderson delivers yet another powerful character drama that is unique, intriguing, and gorgeous. The camera work and cinematography are some of the best you’ll see this year. Anderson’s deep, open, and ambiguous direction is as always complementary to the story that is unfolding on the screen.

Overall Effectiveness of the Film: 9.5

Other than the long runtime, the movie really has few shortcoming as the core of the story which is the relationship between Freddie and Dodd is powerful enough to hold the entire movie up.