“Perhaps there are mysteries that are destined to remain unsolved. “

Fringe may look like an X-files clone, but make no mistake; Fringe is its own animal and is doing probably some of the most creative things on network TV. Genre Sci-fi has been lacking on network TV with the last real success being Lost. Shows such as Terra Nova, Invasion, Jericho, Awake, and V to name a few have failed to hold a large enough audience to make much of an impact. Fringe on the other hand has hung in by the skin of its teeth every season since season 2. The show has consistently delivered unique scenarios and interesting characters while building a deep mythology. The show is heading into its fifth and final season and is aiming to wrap up many of the shows biggest mysteries while giving these characters the ending they deserve. What is it that makes this sci-fi procedural great?

Fringe is a show that begins much like the X-files with a very similar format and even a similar tone. It continues down this path for about 10 episodes before it finally starts to suggest that this show is in fact something much different and unique than any other show on TV. Instead of exploring the idea of aliens on earth and an eventual invasion, Fringe explores alternate realities and what the world may look like if it were at war with another universe that is very similar, but also very different to our own.  Fringe also develops its characters in a very remarkable way by tying many of the various character back stories together. The entirety of this show can all be traced back to one man’s actions; Walter Bishop(played by John Noble in a very underrated performance) who was easily one of the world’s brightest before he plunged into insanity and was sentenced to St. Claire’s. The show follows Agent Olivia Dunham(Anna Torv) who works under Phillip Broyles(Lance Reddick) as she leads the Fringe division made up of Walter, Peter Bishop(Joshua Jackson), Astrid Farnsworth(Jasika Nicole), Charlie Francis(Kirk Acevedo), and later Lincoln Lee(Seth Gabel). Another major player in the show is a shady mega-conglomeration known as Massive Dynamic who is owned by the mysterious and illusive William Bell(Leonard Nimoy) and run by Nina Sharp(Blair Brown). Lastly there is an odd group of beings(for a lack of a better term) known as observers that are watching all the events that transpire. Once in a while they intervene, but generally they stay on the sidelines and only do something during very crucial events of the show.

Fringe is a slow burn as it starts out very heavy on the procedural side, but slowly the show embraces a serialized form of story telling that allows for the show to develop a very deep and complex mythology that is far tighter than its sister show Lost.  Even in the later seasons there is still generally a case of the week, but usually these events play heavy into the overarching story that the show is telling. Fringe’s story telling will take you into the future, back to the past, into the depths on one’s mind,  into multiple realities, and through many twisted inventions.The case of the week stuff is very much in the realm of the X-files(although I find Fringe a lot more creative), but I find that Fringe’s strength is in its mythology and its characters. The characters in this show are very well written, well acted, and likable even when they do terrible things. This statement is especially true for Walter Bishop who has done some truly terrible things that have massive consequences. What makes Walter likable(other than his eccentric personality) is that he is always striving to fix things and make the world a better place, but unfortunately he isn’t keen on the ethics of how to get there as he does accomplish some dark deeds that have an impact on multiple universes. All of the characters on this show develop in their own ways and it is these characters that ground this crazy and at times absurd story line that Fringe is telling.

Over the summer I decided that I wanted to be ready for the final season when it airs in September, but I was still a season behind as I had already missed season 4. I decided that it was best to go back to the beginning as I had forgotten quite a bit about what lead up to the season 3 finale. After going back and watching the show after being more exposed to high quality story telling, I realized that Fringe was not as great as I had once thought, however I was able to identify exactly what it was about the show that I really liked. As far as case of the week shows go(particularly in genre TV) this is probably the best and most creative due to its great characters, mythology, and creative scenarios. The show does have a slower first 2 seasons, but season 3 and 4 are really great as they do a terrific job at building off of ideas earlier established in the show. Fringe may not be one of the greats, but it is exceptional especially in the realm of genre TV. This is a niche show for a niche audience, but if you happen to fall into that group of people who like this sort of TV you will quickly fall in love with it. Despite the fact that I have developed a more sophisticated taste, I still think that this show is something very special as it is accomplishing things that few network TV shows accomplish.

I would recommend Fringe to someone who has really liked cult genre shows like Firefly, Lost, Heroes, the X-files, or more recently Falling Skies. To people who aren’t into this type of TV; Fringe is very deeply rooted in weird science and odd plot devices. Be warned: this is not a show for everyone. Fringe will be airing its final 13 episodes starting on Friday September 28. 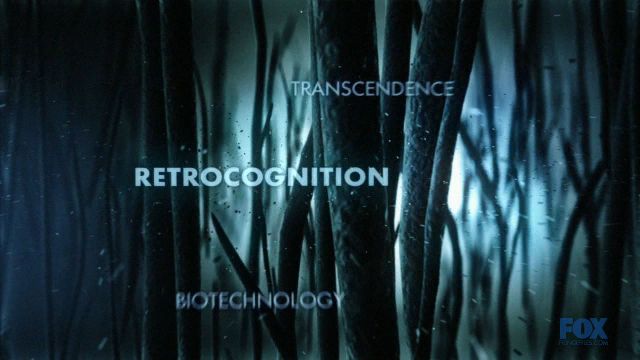