“You clearly don’t know who you’re talking to, so let me clue you in. I am not in danger. I am the danger. A guy opens his door and gets shot, and you think that of me? No! I am the one who knocks!”

Breaking Bad is probably the best example in TV(and probably the greatest in modern fiction) of how even the best people can be corrupted and turned into something evil given the wrong  circumstances. Breaking Bad is an AMC show that according to creator Vince Gilligan is telling a story of  “how Mr. Chips becomes Scarface”. The show began in 2008 with a short season that introduced us to the mild mannered chemistry teacher Walter White(played fantastically by Bryan Cranston) who has a happy family with his wife Skylar(Anna Gunn) who is expecting and a 15 year old son, Walt Jr. (RJ Mitte) with cerebral palsy. We quickly learn that Walt used to be a fantastic chemist who aspired to do truly great things, but due to his circumstances he was forced down a road that led him to teaching. White also has a brother-in-law named Hank(Dean Norris) who is a DEA agent and a sister-in-law named Marie(Betsy Brandt) who is a kleptomaniac. Walt may not have the life that he once dreamed of, but he is very happy with the family he has. Walt’s  world is turned upside down when he is diagnosed with stage 4 lung cancer and he finds himself wondering how his family will be taken care of after he dies. Walt decides to take matters into his own hands and use his masterful chemistry skills by getting into the meth business with a former student named Jessie(Aaron Paul) who is a dealer so that he can have money to take care of his family once he’s gone. This is the basic premise the show starts with which grows into a story about  how Walt’s choices down this road in the name of his family not only consumes him, but destroys everyone around him whether they are aware of it or not. 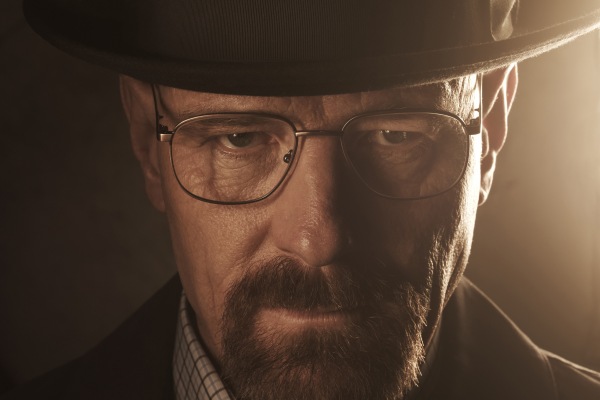 Breaking Bad may not be AMC’s  crown jewel of Emmys  like Mad Men(although Breaking Bad has typically swept the acting categories with Cranston winning every time he is nominated with Aaron Paul grabbing one himself), but it is a show that has played far better for both television critics and audiences than the former. I began watching this show when I first got to college when I made an agreement with a good friend, and at the time I probably wasn’t quite ready for the terrific, but incredibly dark and edgy story that Breaking Bad was telling. I recall not finding the first two seasons particularly compelling, but once season 3 began airing I was quickly mesmerized by the masterful storytelling that was unfolding on the TV week to week. Season 3 may have been terrific, but I wasn’t convinced that this was one of the greats until season 4. Wow. Season 4 may be one of the best season arcs I have ever seen unfold(neck and neck with Dexter’s Trinity killer story arc) on TV. The season was so well put together structurally with a very clear direction from the get go. It wasn’t the destination, but the ride to the inevitable end that made this so fantastic.

What does this have to do with my summer experience? In anticipation for season 5 I went back and rewatched all of the earlier seasons again hoping to see the show from a new angle. Great call. Going back and watching the whole show with a new set of eyes allowed me to see just how well written this show is. Breaking Bad easily has some of the best character writing I’ve ever seen with Walt making a slow transition from well to do teacher to a monster. While the show isn’t completely finished; Walt has all but become the crime boss/monster “Heisenberg” by the end of season 4 with season 5 so far showing the consequences of Walt’s actions. Walter is incredibly interesting to watch as he is a man who you slowly lose sympathy for for every bad decision he makes. The deeper he gets into the business,the less humanity he appears to have.  There are many times when Walt has dilemmas as simple as option A and option B with one clearly being the smarter and overall better decision, but 2 things get in the way of making that obvious decision:Walt’s ego and Walt’s fear of the consequences. The entire show is built on Walt’s poor choices. While I still believe that deep down he realizes that he is ultimately responsible for the catastrophes that have happened around him, he absolutely refuses to fess up for them by justifying all his actions as protecting his family. Walt’s character is obviously the center of the story, but this show also demonstrates how one’s actions can affect everyone around them with Walt’s entire family crumbling because of the decisions he makes while working in the meth business. Walt builds a world full of lies that is like a house of cards and once his wife finds out just what he’s up to the entire thing begins caving in on Walt. Walt then covers up his lies with more accusations and lies by trying to shift responsibility to everyone around him. By the time season 4 has ended Walt has made some terrible decisions that have lead him to an incredibly sad place where he sees his best option is to lie to everyone around him and actually commit some truly terrible and irredeemable things to protect himself from the consequences that are waiting for him. This slow transition that Vince Gilligan has overseen is masterfully executed as nothing Walt ever does feels out of character for him at the time, but the difference between Walt in the beginning and in the end is nothing short of shocking.

Aside from just Walt, Breaking Bad is great at delivering character arcs for its entire cast; all of which are great(with the exception of kleptomaniac Marie). The show also has an uncanny knack for introducing the sleaziest of  characters that end up having more depth than expected with some of the supporting characters like Saul Goodman, Badger, and Skinny all becoming more likable and dynamic than one would expect. Each character on this show no matter how small ends up getting fleshed out in a way that makes nearly every character feel real and well rounded. The show also delivers on some fantastic villains with Giancarlo Esposito delivering an excellent Moriarty-esque villain who is always 10 stepts ahead of Walt. In a way every character Walt deals with is a great foil for him because each character appears to be a reflection of certain traits of his character with his wife representing the innocence he once had and characters like Gus who represent a reflection of the monster Walt may very well become.

The show takes on a very hyper-realistic style which means that the show is actually pretty close to realism just slightly more dramatic. I really like this because we get one of the most spot on character shows that I can remember in terms of realism. These characters seem like very real and normal people, and this is only articulated through the incredibly interesting and realistic take on dialog that this show presents. The dialog is very well written, but it never feels like dialog as much as it seems like something an actual person would say. This feeds this world that is not the world we live in, but a very accurate reflection of it. We live in a real world where people make poor decisions even if they do not mean to. Breaking Bad goes to show that intentions are certainly not what defines a person, but it is the action and life they lead that reflects who they are. Much like the Aronofski’s film Requiem for a Dream, Breaking Bad does not show what is great about the world of meth making, but shows just how getting into this sort of business can destroy and consume a person from the inside out.

Who would I recommend Breaking Bad to? This is a really dark and edgy show that the average mainstream TV watcher is probably not going to be able to handle; either because of the style which is slow but brilliant, or because the show is just too dark and graphic. For people who are into more intelligent and sophisticated TV; I cannot recommend this show enough.  The show is incredibly well structured and put together, masterfully acted, expertly written, and lastly sticks to its vision and promise of the show in season 1. If you’re someone who tends to gravitate toward Cable TV and you’re looking for something to watch then this is definitely a must watch, but if your someone who just watches TV to pass the time then this may not be your thing. For those of you who have given this show a try, but could not get into it after the first episode or two; I highly recommend a second shot because this is a show that does in fact get better with every season that passes as each season builds on its predecessor. The first 4 seasons of Breaking Bad can be found on Netflix instant streaming for easy access and new episodes air during the late summer on Sunday nights on AMC at 10/9 central. 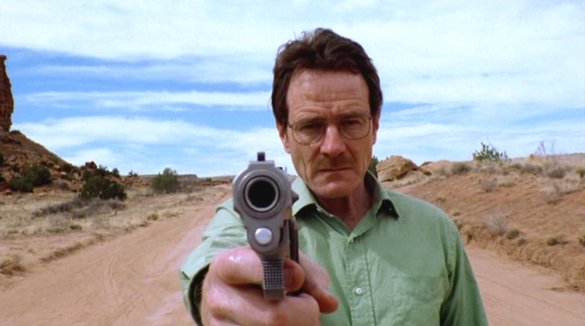