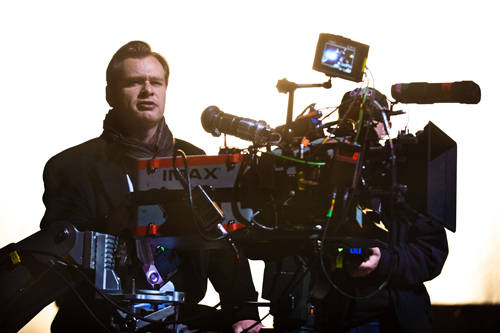 The Dark Knight Rises is upon us with only hours left until the movie makes its grand premiere. It is easily the most anticipated movie of the summer, and has an incredible amount of hype to live up to. While I am certainly a huge Batman fan, I am finding that the biggest reason I am excited for this movie is not because it is another Batman movie, but because it is the latest Christopher Nolan movie that is capping off a tale he began 7 years ago. When I watch a Nolan movie I find myself immersed in the worlds he creates whether it be turn of the century London, the dark an corrupt Gotham City, or 3 layers deep inside someone’s subconscious. He has a unique style that has grown on me so much that I many times feel he has crafted a movie specifically for me. His movies are dark, edgy, cerebral, but still emotionally driven in their core. Nearly every one of his movies are not only rich enough to warrant a second viewing, but usually demand it because of the great amount of depth each of his stories tell. While I do not think there is any really perfectly objective way to rank his movies; I will list them in order of my personal preference. I love each of these movies to various degrees and some of these are tough choices. I really hope that you enjoy reading the list, and please  give me feed back on your favorite Nolan movies

Insomnia may be the weakest of Nolan’s film, but I still think that Robin Williams and the beautiful setting of this movie do make it worth more than one watch.  Insomnia is actually a remake of a Norwegian film of the same name that sets Will Dormer(Al Pacino) during a time of perpetual sunlight in Alaska as he chases a murderer named Walter Finch(Robin Williams). The movie doesn’t do much to set itself apart from most psychological thrillers, but it does manage to use the beautiful(yet haunting) backdrops to create an immersive environment that drew me into the movie. Robin Williams is also fantastic in this film, but unfortunately the rest of the cast falls pretty flat. While this is certainly not Nolan’s best work; it is definitely has its moments.

Following is Nolan’s first film which is set in a black and white neo-noir version of London. This was a movie Nolan’s  friends and he did on their own time with their own money, and it is a very impressive film under such circumstances. Aside from the distinct style; the movie also utilizes 3 layers of flashbacks to tell the story. This movie is about an unnamed character referred to as “young man” who follows people around London looking to draw inspiration for his writings.  He is eventually confronted by one of the men he follows named Cobb who is a burglar. The young man is quickly drawn into the mix by the burglar and finds himself in just a bit too deep. I highly recommend this film if you are a Nolan fan. People who aren’t a fan of his style probably won’t find much to love here, but I found myself very much invested and intrigued by the is film as I peeled back some of its layers and mystery.

This is where the ranking gets very tough as all of the above movies are all excellent in varying degrees. The Prestige is Nolan’s film that I find myself re-watching more often then nearly any of his other movies.  The movie stars Hugh Jackman and Christian Bale as rival magicians who will stop at nothing to top each other. The movie is set in Victorian England(like most Nolan films) layered with flashbacks as a storytelling  device.  Underneath the complex and layered story lies the theme of obsession and how it can consume lives. The movie has some haunting cinematography as well as some great performances from the leads with a really killer twist ending that begs the viewer to watch the movie again. I really love this movie because of its character driven story that is shrouded in mystery and is told in a very non-linear fashion. Another thing I admire about the way is the story is told is how the three acts of the movie mirror the three parts of a magic trick. The movie is dark, emotional, character driven and beautifully shot which makes it a cut above most other movies in the psychological mystery genre.

The Dark Knight may get most of the credit for changing the face of the comic cook genre, but make no mistake; The Dark Knight would not have been successful without the groundwork laid down by Batman Begins. Batman Begins reveals a story about Bruce Wayne that had never been seen on the big screen up to this point. Nolan successfully reinvented the character in a far more realistic and gritter way than had ever been seen before(save for Batman the Animated Series) by going back to the story that made the man behind the mask. The movie also provided the comic book genre with some material that was far deeper than almost any other super hero flick out there by injecting some great ideas and themes such as justice vs. revenge and the power of fear into the already more sophisticated script. The is the movie that grounded the character in our reality, and made him realistic and relatable. Christopher Nolan also did an outstanding job at reinventing the the city of Gotham by looking at the corruption and darkness of Gotham. This is easily on of my favorite superhero movies, and despite the excellence of the The Dark Knight, I have found that Batman Begins is far more character-centric and driven in the goals it is trying to accomplish.

Memento is easily the most non-linear and creative of Nolan’s movies as it toys with the chronology of the events of the story. The movie is about a man named Leonard(Guy Pierce) who plays a man who lost his short term memory. The last event he can remember is the death of his wife at the hand of a burglar robbing his house which sets Leonard on a vengeful path to find his wife’s murderer. The story itself is not what makes this movie incredible, but the way in which Nolan presents and tells the story. The movie plays backwards chronologically as a way to give the audience the same sense of confusion that the character is feeling. This method is incredibly effective as the movie gives the audience clues to what he bigger picture is along the way. What is truly marvelous about this film is that once you can see the big picture and what is going on, the movie takes on an entirely different meaning than on the first viewing. This is a film that I am always finding myself going back to over and over again as I am always picking up different ideas and/or seeing the movie in a different light.  As with all of the Nolan’s movies; Memento is incredibly cerebral, but never cold as the story always goes back to Leonard’s love for his wife.  Memento is a movie that any one who is serious about learning more about film must see as it relays the importance of storytelling and how the presentation is vital to the story which is why it is one of Nolan’s best.

The Dark Knight certainly needs no introduction as it is easily Nolan’s most popular film. There’s not much to be said about this movie that hasn’t already been said by anyone familiar with it over the last four years. This movie raised the bar for comic book movies by presenting a story and characters that transcend the genre of comic book movies. The film has a fantastic script that is very layered with themes of anarchy, how far is too far, escalation, drawing lines, and terror as a weapon. The entire cast is great, but the obvious stand out is Heath Ledger’s immaculate performance as the Joker who lights up every scene he is in and ultimately steals the show. The Dark Knight is darker, more intense, more intelligent, and more though provoking than it’s predecessor, and ultimately crosses any line the genre had created for superheroes.  The Dark Knight is the first  comic book movie that many film goers/critics felt was actually Oscar worthy as it had transcended a summer blockbuster and had become an all around great film. Nolan really brought his best game as he proved with this movie that he was able to execute his films with the same sophistication as any Oscar winning director. This is easily among the best comic book movies out there, and is easily the best superhero film ever made from an artistic standpoint. Kudos to Nolan for being able to change the face of the superhero genre forever.

Inception was Nolan’s pet project that he was able to take on after he finished The Dark Knight. The idea was one he got while he was filming Memento, and the concept had evolved for ten years by the time the movie made it to the big screen. This movie is easily Nolan’s deepest, most intricate, and most sophisticated film yet. The movie is high concept, thought provoking, and yet still manages to be a character driven story at its core with the story of Cobb trying to return to his family being the primary drive of the film. Inception is Nolan’s film about a man named Cobb(Leonardo DiCaprio) who goes into people’s subconscious and steals their ideas. The movie is centered on Cobb who is attempting to break into the deepest layers of someones mind and plant an idea. If he can do this job then he can get back home to see his family.  Inception is a movie designed to be watched multiple times as there is a great amount of ambiguity behind the setting and many key plot points of the movie. I could go on all day about what is to love about this movie, but I’ll put it simply: people who are looking for intelligent, sophisticated, high class entertainment designed for the thinking man(woman) should look no further because it doesn’t get any better than this. At this point Inception is Nolan’s crown jewel even though it is still fairly early in his career. Nolan has a track record for producing movies that are all excellent, and for Inception to make the top of that list is quite a feat.